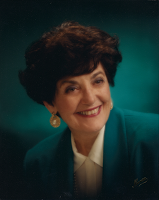 This has been a really long week and has been so much harder than I ever expected it would be.

About 10 minutes after I posted about my grandmother last Monday, I got a phone call that her systems were failing and that I should get to the hospital.

I arrived a little after noon on Monday, February 25, my Aunt Carleen’s birthday. Once again, the family started to gather and come in to see grandma. She was just not doing well. Her sepsis was worsening her condition and I think I finally started to realize that it was getting close to the time to say goodbye. As we waited throughout the afternoon, several wonderful little mercies happened. We had a wonderful nurse, Wendy, who told us that she believed Grandma could hear us and encouraged us to talk to her. We all opened up more. At one point, grandma’s heart rate increased and kept getting faster and faster and more irregular. The nurse was worried that this was nearing the end. My Aunt Carleen put her daughter Sam and Sam’s daughter HelenAnn (grandma’s namesake) on speaker phone. HelenAnn started to talk to grandma and sang Primary songs. In an instant, grandma’s heart rate dropped from her fast irregular rate to her normal rate. It was a little mercy. But from then on, we knew grandma was preparing to say goodbye.

The rest of the afternoon, we had hymns playing next to her and we sang along and all the family circled through again and again telling grandma how much we loved her, how much we needed her, but that if it was her time to go, it was her time to go and she could go see Grandpa and Uncle Greg. It was a hard thing to say that to her because I still wanted her here.

As the afternoon passed, her systems slowly started shutting down and she stopped responding to the medications that were keeping her alive. We knew it was time for her to go. My dad said a beautiful prayer for the family as we gathered around her bedside. He thanked our Father for the wonderful life and example of such a great and faithful lady on the earth. And he prayed for all of us to feel peace.

Gathered around my grandmother’s bed, we watched silently as my grandma slipped away peacefully and without pain in to the next life around 5:45 pm. It was a sacred experience to watch one leave “this frail existence” but the grief and pain was intense and sudden. I immediately wanted her back. I immediately wanted to hear her voice one more time. In a gasp of sobbing and tears, I spoke the words I did not want to believe, “She is not here.” We all felt it. We all knew that she was no longer here, but we all knew where she was. She had left our presence and was in the presence of the Father. There was no lingering. She had gone to be reunited with so many who loved her.

We stayed at the hospital with the family for a while and then knew there was nothing more to be done. We said goodbye one more time as we left. I got in my car and just wanted to drive. I was supposed to be in class. It was the first night of a 5-week class and missing that night would have meant missing 20% of class. I didn’t think I could go, but as I started to drive away, I felt like my grandma would want me to not let her passing bring undue stress in something as important as an education. But all I could think was that it was simply something that did not matter in the moment. However, I drove toward the university and parked my car. I walked up to the class and they were on break. I told the professor my situation, she seemed to care, and I sat down. My mind was not there. I messed up both class activities royally, but some of my dear friends helped me out because they knew I was not doing well. It was the worst class I have ever been in and I felt like I never wanted to go back to that class again. After class, I headed home and the sobs racked my body once again and it remained that way through the door, in to my room, and well in to the night. I never thought grief could feel like this. I have had friends who have passed away, friends’ parents who have passed on, even friends’ children…but this was so different. So real, so raw, so painful.

This week has felt like 7 weeks rolled in to one as we began the preparations for her funeral and all the things that go along with a loved one’s passing. I discovered Grandma had asked me to write the obituary. I felt wholly inadequate, but greatly honored. I loved writing her obituary. 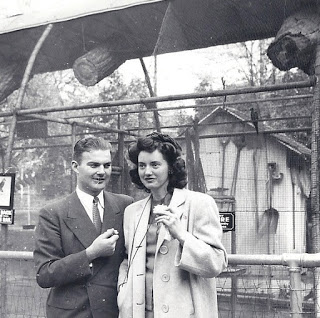 As the week progressed, I had a horrible time focusing on work. I started getting sick. And my mother had to have hip replacement surgery this week as well and I was so worried about that. So many things were happening. But there was one thing that was so real to me, and that was the peace I felt. It was inexplicable. I wasn’t sure I wanted to feel peace. I was upset about grandma passing and how sudden it was, but the week moved on and amid all my tears and my heartache, there was a huge burden that was lifted. My testimony of the Plan of Salvation and the Atonement, which I thought were strong before, were cemented. Because of our Savior and the Plan of the Father, I know where my grandma is and I know I will see her again. That burden has not been one I have had to bear. The Lord has still let me mourn and grieve, and that has been extremely hard but, then again, so healing and so relieving to know that we are allowed to feel grief. After all, Jesus wept when Lazarus died, even though He knew He would raise him from the dead. I know my grandmother will rise again, but that has not stopped me from missing her. It is a long time to be without family members you love.

Saturday was the funeral and it was a beautiful funeral. I was asked to read a life sketch, which was really a fleshed-out version of the obituary, with more fun details about Grandma’s life. I was able to accompany the three musical numbers as well, which I hope grandma liked. The three children and the oldest and youngest grandchildren shared their memories of grandma. We laughed and we cried. We discovered many beautiful things that grandma had done for all of us and we learned of the precious moments she took to share her love. We read her favorite scripture Alma 29:1-2 and spoke of her great love of missionary work.

And then the graveside service and the luncheon. Then more family time. And then back home. And back to normal life. Back to thinking about the homework I didn’t do all week. Back to helping out friends who were having a rough time. Back to everything that consumes us. And now there is something missing. But there is something glorious added as well.

As much as this week has hurt more than I thought possible, the peace I have felt has been indescribable. Many friends have come forward and wrapped their arms around me, called me, texted me, brought me food to eat and comforted my hurting soul. I am quite an independent person and I never realized how much I needed other people. I needed that love this week, and unsolicited, unasked for, it just came. Tender mercies. And greater understanding about the situation came as well. Grandma truly loved her family. She would have wanted to go surrounded by family and the only way that could happen is if she were sick. Her boyfriend of several years, Harold Martindale, shared some sacred experiences about how he knew her time had been coming. We all spoke of the peace we felt. I suppose all things have an explanation.

But even so, I miss her and I’m sure that feeling won’t ever go away. I wouldn’t want it to. I only hope she’ll take a P-day from her missionary work in heaven to make it to my wedding someday and to watch out for us from the other side on the days we would have liked for her to be there. Grandma Helen, God Be with You Till We Meet Again.

One Reply to “God Be with You Till We Meet Again”