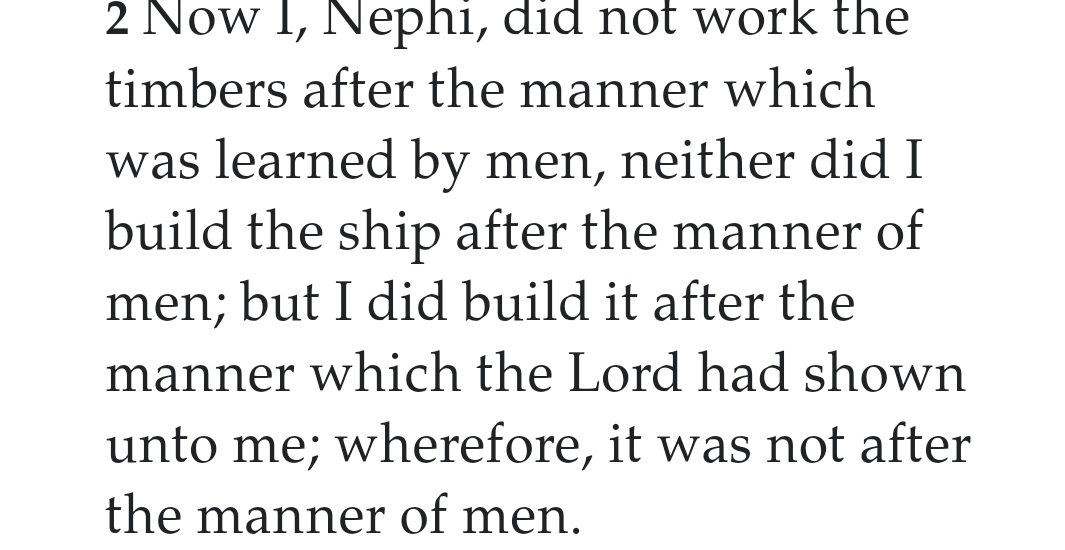 A few weeks ago as I was reading in the Book of Mormon in 1 Nephi 17-18, my thoughts turned to ship building, as they do.

Nephi and his family were living in a land they called Bountiful–because it was bountiful in fruit and wild honey and the Lord prepared things for them. Sounds nice to me. But the Lord wanted Nephi and his family to leave Bountiful to get to the Promised Land, which required crossing the “many waters.”

To cross the waters, you’ve got to have a boat. Nephi is called into the mountains and the Lord speaks to him: “Thou shalt construct a ship, after the manner which I shall show thee…” (1 Nephi 17: 8, emphasis added).

I don’t know the answer, but I do know the feeling that came into my heart. And it was about how I build my life. I SO OFTEN just want to build my life after the manner of men. I *judge me* just want to be important sometimes. And I want to do all the things that all the people are doing. I want approval from others on how I live my life.

But God has something else in mind for me. His pattern for building my life is not something that anyone else knows. It is between us. Even so, the Lord’s plan looks kind of strange to the rest of the world at times. But I have places where I need to be and I have tools that will build me a way to get there. And my ship (life) may not look like my friend’s life or my neighbor’s life or a stranger’s life. But all of that is OK because as I stay close to the Lord, His pattern will be “exceedingly fine” (1 Nephi 18:4).

P.S. I am banking on there being videos up in heaven so I can look back and see what that ship looked like!